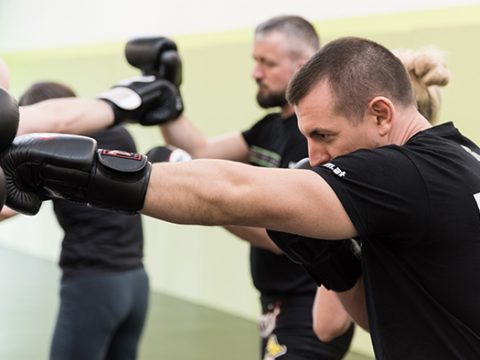 Kickboxing is a combat sport that became increasingly popular in the 1970’s and has grown ever since.

Its roots lay in boxing, Muay Thai and Karate. Japanese Karatedos were not allowed to hit each other in matches, so they became interested in developing a full contact Karate form. Looking to Muay Thai and boxing for inspiration, several new styles evolved that included punches and kicks as well as elbows, knees and sweeps in full contact combat.

In early times the combat rules were never clear, tournaments had no weight divisions and fights were meant to be won by knockout. Since then, a lot has changed: several organizations have developed and different rule sets have been formed.

KaiGym Kickboxing follows K-1 rules (it is claimed that the letter K stands for combat sports like Karate, kickboxing, Kung-fu, … we, of course, are sure it stands for KaiGym), which include knees and elbows in training. For tournaments, rules vary depending on the hosting organization.